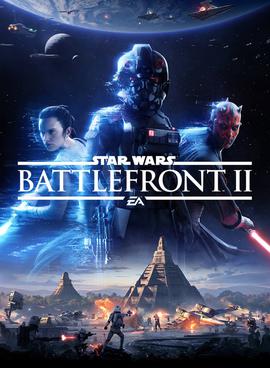 May 4th also known as Star War Day, has been a day of celebration for fans of the Star Wars universe for many years.

For May 4th, 2020, fans are having to celebrate online due to social distancing orders.

Star Wars games, many discounted in honor of May 4th, are especially popular on this day.

The original Star Wars Battlefront will see the return of its multiplayer feature. Until now, the Steam version of Battlefront (Classic, 2004) did not include a multiplayer option.

The Age of Rebellion

In the last update released on April 29th, 2020 (update 1.49) for Star Wars Battlefront 2 (2017). Players can take the fight to the worlds of Crait from The Last Jedi and Scarif from Rogue One: A Star Wars Story.

In the Age of Rebellion. Players can fight Supremacy and Instant Action battles on Hoth, Tatooine, Yavin 4, and the second Death Star.

Also included in the 1.49 update. Appearance updates for Rey, Kylo Ren, and Emperor Palpatine from Episode IX – The Rise of Skywalker. The update also consists of the Old Master skin for Darth Maul from Star Wars Rebels.

For more on the 1.49 update, go to the official Star Wars Battlefront 2 website.

May the 4th be with you!